This post contains affiliate links, which means that I receive a small commission for any product purchased through a link from this site. Please see my disclosure for more information.
Share
Pin9
Tweet
9 Shares

The current state of the world has everyone feeling like they’re cooped up and can’t go anywhere. Can you relate?

While the pandemic has grounded us from traveling internationally, it has also encouraged us to explore more at home.

This means that I have also recently rediscovered the beauty right in my own backyard.

With short stays on the radar and the ability to only travel locally, I have been searching for an easy summer getaway in Ontario.

If you’re like me and looking to spice up some summer weekends on a budget, look no farther than Parry Sound, Ontario for a cottage country feel.

Famous for it’s 30,000 islands and put on the map by Canadian hockey player Bobby Orr, the population of Parry Sound Area swells from 14,00 in the winter to almost 100,000 in the summer.

The beauty and raw nature of Parry Sound makes it a popular destination for tourists and cottage-goers looking to relax in the summertime. 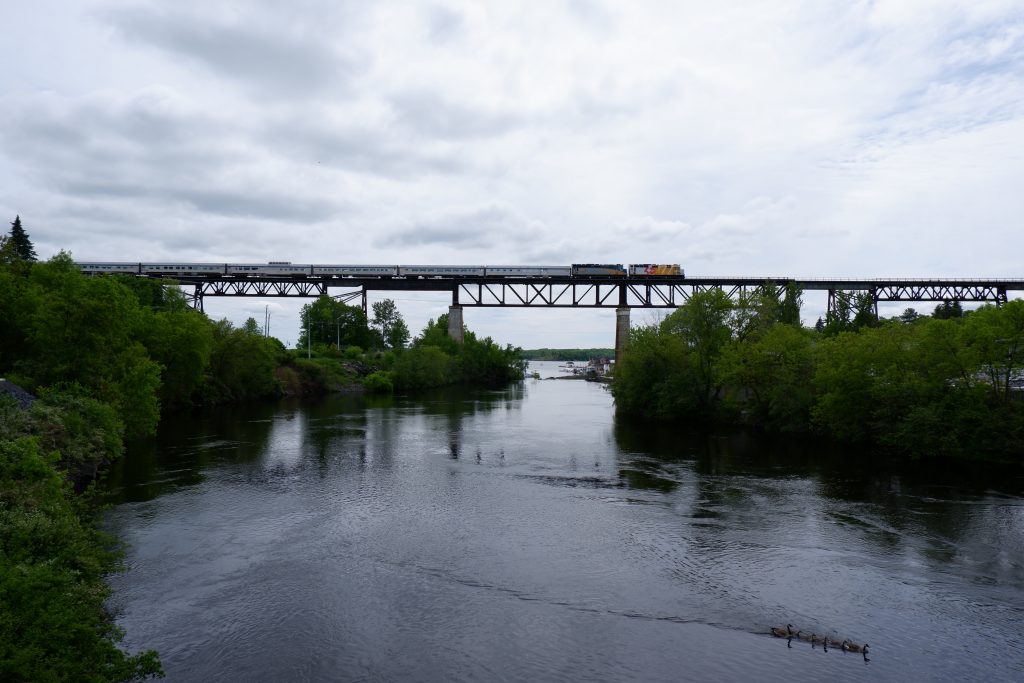 Things to do in Parry Sound

No boat? No problem! Hop on the Island Queen and spend your morning admiring the bay that made this little town famous. With intriguing sights such as the Hole in the Wall and the Swing Bridge, the Island Queen Cruise is an engaging and accessible activity for all.

If you would rather see the stunning islands from above, head across the pier to Georgian Bay Airways, where you can take a flight tour instead.

Our pilot knew all the islands and even pointed out which one was owned by the Hudson Bay family! My favourite sighting was a pool built right into the rocks way out on the bay.

Pay homage to one of the best hockey players of all time in his hometown by reliving his career at the Bobby Orr Hall of Fame. Record your own play-by-play or practice your shot on net in the interactive exhibits.

If you happen to visit between mid-July and mid-August, be sure to check out the musical itinerary for Festival of the Sound, which happens to run at the Stockey Centre, the same location as the Bobby Orr Hall of Fame.

How to get there

Only a short 2 1/2 hour drive from Toronto, Parry Sound is an ideal weekend getaway for those looking for a peaceful weekend away from the city.

The new, divided 400 Highway makes it easy to get to Parry Sound.

Almost every major road connects in some way to the 400, so it is best to review which ones come through your way.

Regardless of whether you are traveling North or South, take Exit #224 (Bowes Street) off of the 400 to head into Parry Sound.

While cottage rentals have to be booked up months in advance, you have a chance to snag an AirBnB.

If not, there are always hotels in the area that are cheap enough to stay a night or two, and that offer continental breakfast in the morning.

While we generally pack snacks and sandwiches for a picnic at the beach, there are a couple of options in town if you are looking for a night out.

We always get sausages from Orr’s Fine Meats and Deli for a barbecue. I have tasted sausages from all over and none can top the taste of Orr’s.

Orr’s is located right on Bowes St. as soon as you come into town, so you can’t miss it! If you are not in the mood for cooking, the store also sells sausages out front to take out already hot.

Looking for something a bit fancier on your weekend away? Then I would recommend La Bella Cucina.

Operated by a second generation and Inter-Provincial Sealed Chef, La Bella Cucina is conveniently located on James St., a short walk from the Island Queen Pier. 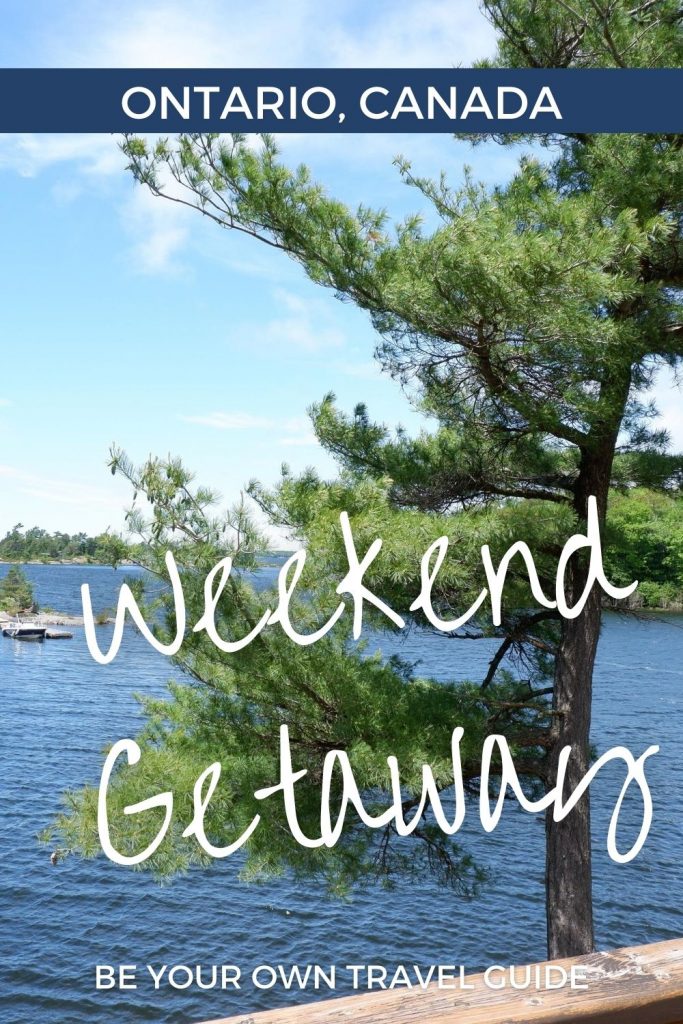 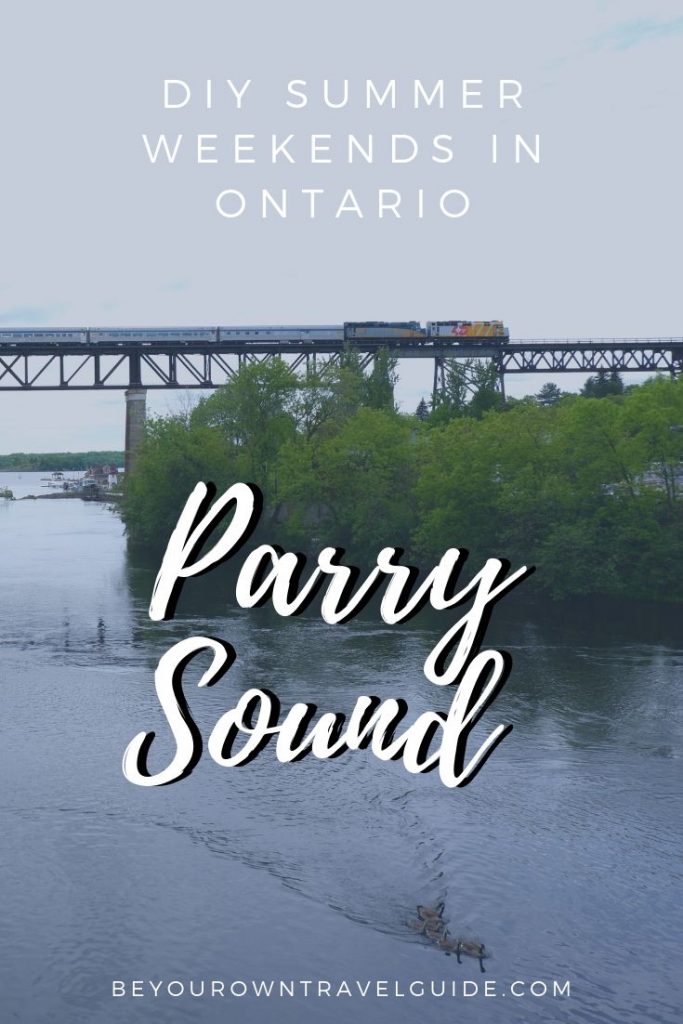 This website uses cookies to improve your experience while you navigate through the website. Out of these, the cookies that are categorized as necessary are stored on your browser as they are essential for the working of basic functionalities of the website. We also use third-party cookies that help us analyze and understand how you use this website. These cookies will be stored in your browser only with your consent. You also have the option to opt-out of these cookies. But opting out of some of these cookies may affect your browsing experience.
Necessary Always Enabled
Necessary cookies are absolutely essential for the website to function properly. This category only includes cookies that ensures basic functionalities and security features of the website. These cookies do not store any personal information.
Non-necessary
Any cookies that may not be particularly necessary for the website to function and is used specifically to collect user personal data via analytics, ads, other embedded contents are termed as non-necessary cookies. It is mandatory to procure user consent prior to running these cookies on your website.
SAVE & ACCEPT
9 Shares
Share
Pin9
Tweet