This post contains affiliate links, which means that I receive a small commission for any product purchased through a link from this site. Please see my disclosure for more information.
Share26
Pin152
Tweet
178 Shares

Have you heard the song “Kokomo” by the Baha Men?

Bodies in the sand

Tropical drink melting in your hand

We’ll be falling in love

To the rhythm of a steel drum band

The very first destination listed in the song is ARUBA! If you are looking for guaranteed hot weather and a relaxing vacation, Aruba is the place for you. With its ideal location below the Hurricane Belt, Aruba is a popular year-round destination.

So why would you choose a Riu Hotel? The biggest draw of a Riu in Aruba is the all-inclusive package. Most resorts in Aruba are not all-inclusive, offering instead a “European plan,” which includes breakfast, but not lunch, dinner, or drinks.

Because food and drinks are not added to the price at other places, your vacation bill can quickly add up, especially if you are there with your family. Some prefer the peace of mind of spending the money up front and not having to carry cash or credit cards or worry about expenses on the trip.

The Riu is also a popular hotel chain around the world. Consistently rated a 5-star resort and easily recognized by its white-domed peaks, Riu Palace and Riu Palace Antillas are two of the best options when visiting the island of Aruba.

There are two Riu’s to choose from: Riu Palace and Riu Palace Antillas. Both are all-inclusive and are located side by side. This is a unique property as the Antillas side was formerly the Westin Hotel, and was acquired by Riu only 4 years ago. It has since undergone an extensive renovation to align more with Riu Palace’s brand.

RELATED POST  Top Tips for Your Cruise to Puerto Rico

So which Riu should you pick?

Let’s start with the simple eliminator: do you plan on bringing kids?

If so, your choice will be easy. Riu Palace in Aruba is for families while Riu Antillas is adults-only. This is also unique to Riu: usually, Riu Palace’s around the world are adults-only and the Riu Hotels allow kids.

Luckily, Riu Palace offers access to other Riu Resorts, so even if you are staying at Riu Palace, you are able to come over and use the services at Riu Antillas! Unfortunately, this is only offered for adults, as Riu Antillas is adults-only.

This is also the case vice versa – guests at Riu Antillas can use all services at Riu Palace, except the specialty restaurants, so if you were hoping for something in particular, be sure to book specifically with that place.

Food is consistently good at both resorts, and each offers its own fare. There is a limited amount of seafood choices, but all is delicious nonetheless. Riu Palace offers a more unembellished selection as it caters to kids and families.

If you wish to thoroughly examine the dining options, you can check them out on their respective websites:

There are also separate pools for Riu Palace and Riu Antillas. If you are an adult, you will have access to both, but children under 18 will only be able to use the pool at Riu Palace. 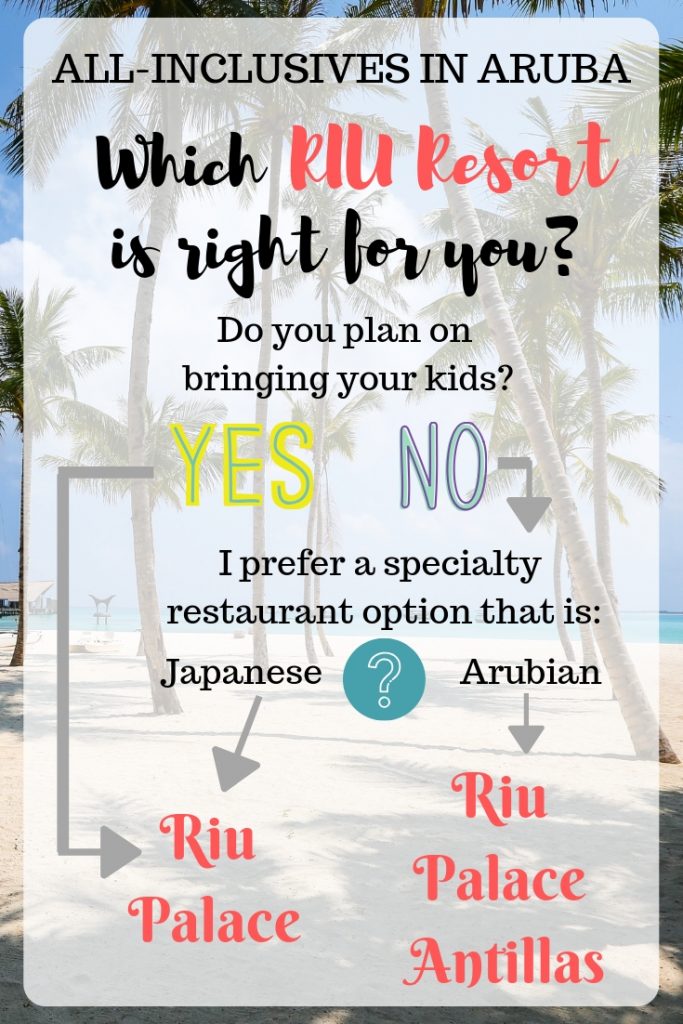 The benefit of staying at Palm Beach is that you can wander the whole beach – you can have a drink at the boardwalk a long way down or walk to restaurants only five minutes away. This is unlike Cuba for example, where you would have to take the bus into town to go for a drink or a dinner.

Keep in mind that all beaches in Aruba are public, so you will easily find vendors and locals offering water sports and wares.

For adults, a popular activity on Saturday night is the Karaoke night on the DePalm Pier at Palm Beach. The pier is accessed from a public walkway adjacent to the east end of the Riu Palace property. Quality of entertainers varies from week to week…actually minute to minute, so be prepared to laugh and have a good time!

Typically, one night per week is also ‘Karaoke night’ at the Riu Palace. This is a fun event for families, and many children and young adults often get into the karaoke spirit.

One of the benefits and subsequent downfall is that entertainers will usually perform one night at one location and then the next night at the other, so if you’ve already seen them once…it may be a bit of a disappointment.

While Aruba is a desert island, if you travel there in late autumn you will hear the locals refer to it as the ‘rainy season’. But don’t be fooled…you should not expect any of your planned activities to be affected by rain.

Most autumn showers are late in the evening or overnight. Morning showers, when they occur, last less than 20 minutes

RELATED POST  Plan a Visit to the Cruise Port of Antigua

The rainy season provides welcome relief to the parched landscape and, while not lush, you will notice a much greener island than if you visit in, for example, June or July.

Aruba is only 19 miles long, and it is easy to get around by bus. We enjoy saving money by doing so, and you can read about how to do that in my post about DIY Travel in Aruba.

However, if you would rather not struggle on the bus with your luggage, you can always take a taxi from the airport to your hotel, which will cost approximately $31 USD. 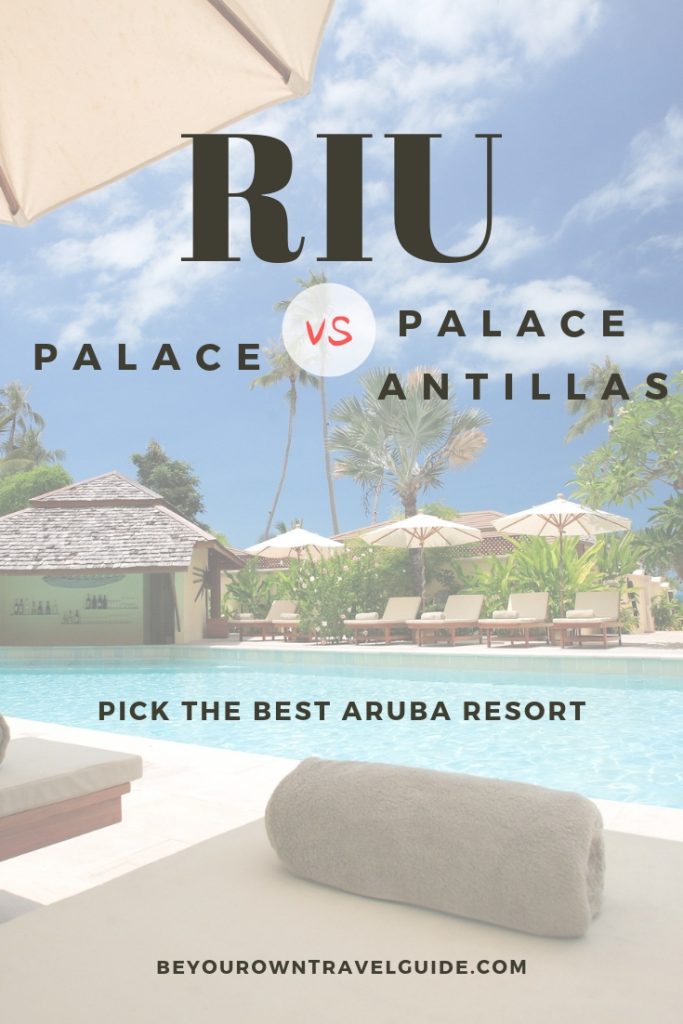 This website uses cookies to improve your experience while you navigate through the website. Out of these, the cookies that are categorized as necessary are stored on your browser as they are essential for the working of basic functionalities of the website. We also use third-party cookies that help us analyze and understand how you use this website. These cookies will be stored in your browser only with your consent. You also have the option to opt-out of these cookies. But opting out of some of these cookies may affect your browsing experience.
Necessary Always Enabled
Necessary cookies are absolutely essential for the website to function properly. This category only includes cookies that ensures basic functionalities and security features of the website. These cookies do not store any personal information.
Non-necessary
Any cookies that may not be particularly necessary for the website to function and is used specifically to collect user personal data via analytics, ads, other embedded contents are termed as non-necessary cookies. It is mandatory to procure user consent prior to running these cookies on your website.
SAVE & ACCEPT
178 Shares
Share26
Pin152
Tweet